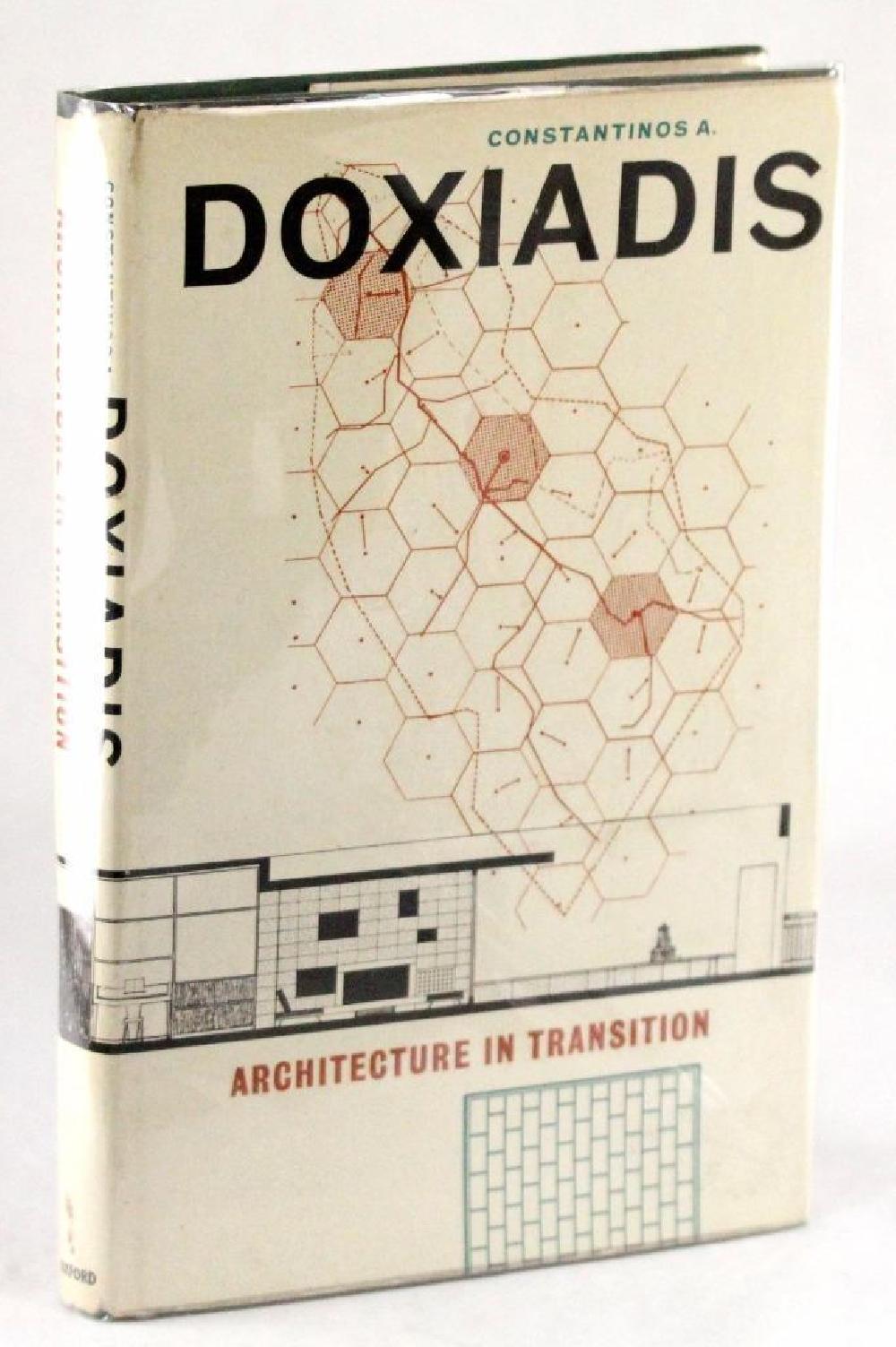 In Architecture in Transition, his first book for a wider public, Constantinos A. Doxiadis anticipates most of his later preoccupations: with the problems caused by massive urbanization; the revolution of rising expectations; and an architecture all too often elitist in its outlook and unprepared for its new role in a rapidly changing world.

In Architecture in Transition Constantinos A. Doxiadis attempts to name the problems in defining the future role of the architect. Even if we cast off the shackles of academism, he says, we are still at a loss trying to create a modern architecture, finding ourselves, as we do, increasingly living in a spreading urban nightmare, which imprisons us in its centre. To escape, we must forget the equation of 'new' and 'right', realizing that the new only has meaning when it is not merely a break with the past, but a contribution to the future.

Doxiadis writes: 'this is not a text-book but the statement of a creed, not a collection of statistics but one man's personal point of view. It is a book with which many may disagree'. Indeed it is, but no one interested in the future of human settlements, whether expert or layperson, can afford to ignore it.

Architecture in Transition, translated in seven languages, was first published in 1963, by Hutchinson of London.