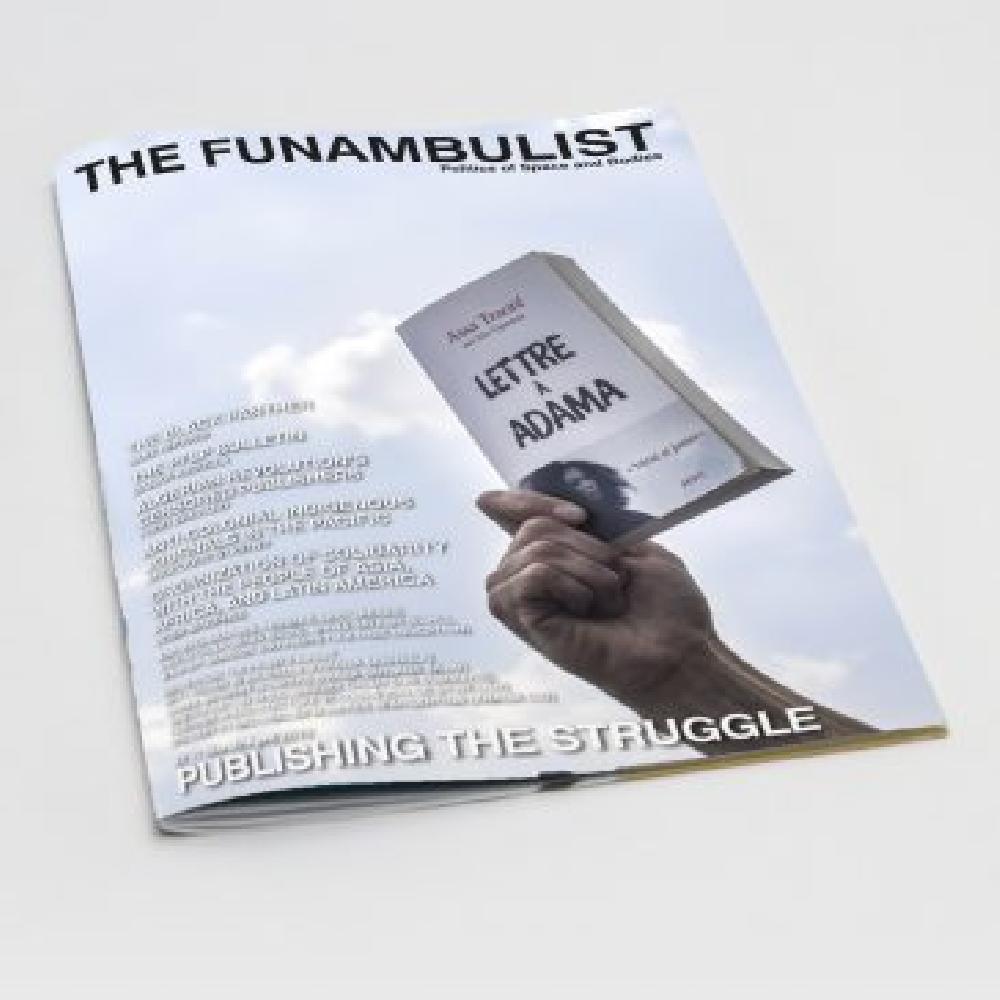 Publishing the Struggle constitutes an introspection for us, questioning the contents and forms of political publications. As such, it features articles about historical/canonical and contemporary publications that serves directly or indirectly a specific political movement. The description of The Black Panther newspaper (Jane Rhodes), the Popular Front for the Liberation of Palestine Bulletin (Danah Abdulla), the Tricontinental and OSPAAAL publications (Josh MacPhee), the Pacific Indigenous periodicals (Angélique Stastny), and the censored European publishers of the Algerian Revolution (Todd Shepard) are put in a productive dialogue about the politics of contents and form of young publications from Egypt (Mada Masr), South Africa (Pathways to Free Education), Lebanon (Kohl Journal), France (métagraphes), and Spain/Mexico (Pensaré Cartoneras).