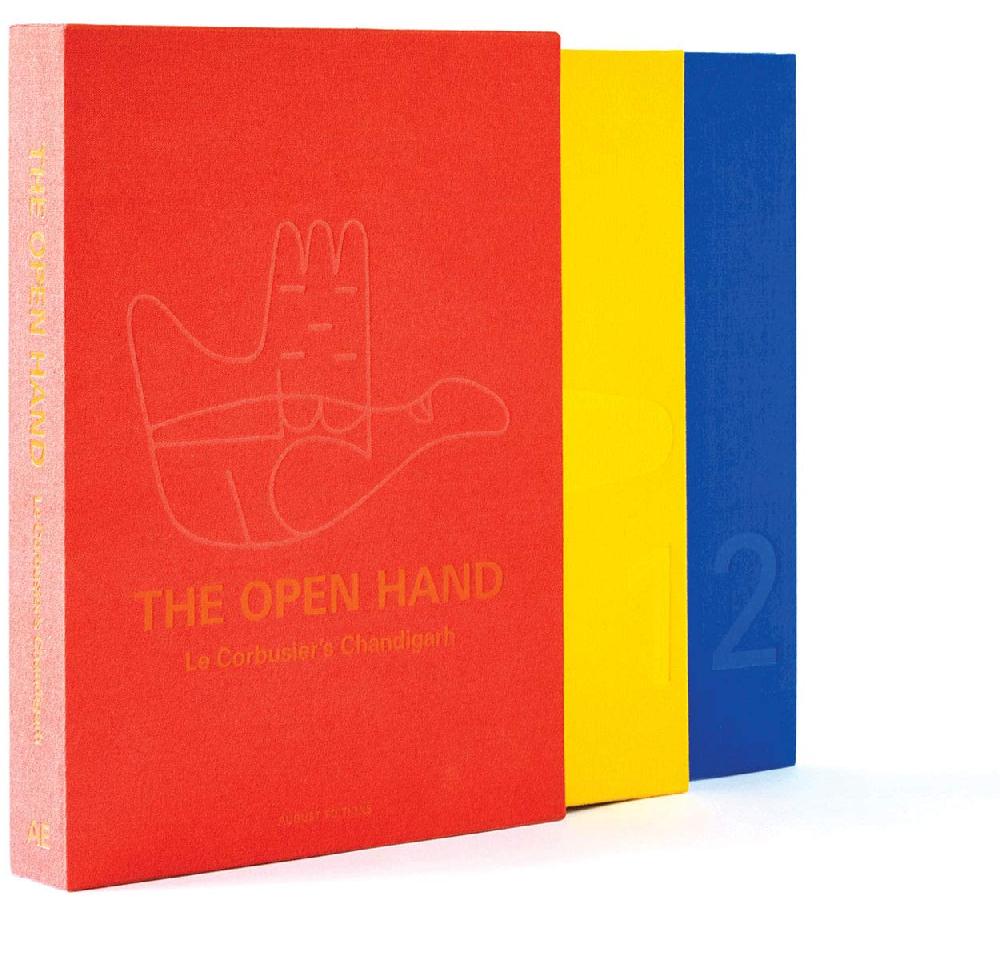 Le Corbusier's Capitol Complex at Chandigarh, India, remains one of the major touchstones of 20th-century architecture. Commissioned by the government of India after gaining independence, the complex of brutalist concrete structures has become a pilgrimage site for architecture lovers and scholars for the past six decades.

These structures have been photographed many times, but the Japanese photographer Yoshihiro Makino (born 1976) takes a different approach. Instead of documenting the buildings in typical fashion, the photographs become meditations on the intentions of the project, and of Le Corbusier's architectural philosophy.

Composed of two accordion-folded books in a cloth slipcase, Makino and revered art director Tamotu Yagi create a double-sided visual experience revealing on the front side of the accordion books an explosion of saturated color exteriors and interiors, then on the backsides details and rarely seen rooms in lush black and white. The combination is both refreshing and mesmerizing.
Taking its name from Le Corbusier's monument for the city--The Open Hand, which symbolizes a new cooperation of the newly formed government--this publication is a visual metaphor for the unfolding experience of the Chandigarh.

Yoshihiro Makino, originally from Tokyo, is a photographer based in Los Angeles. He has photographed for many publications, including Architectural Digest, Casa Brutus and Elle Décor Japan.