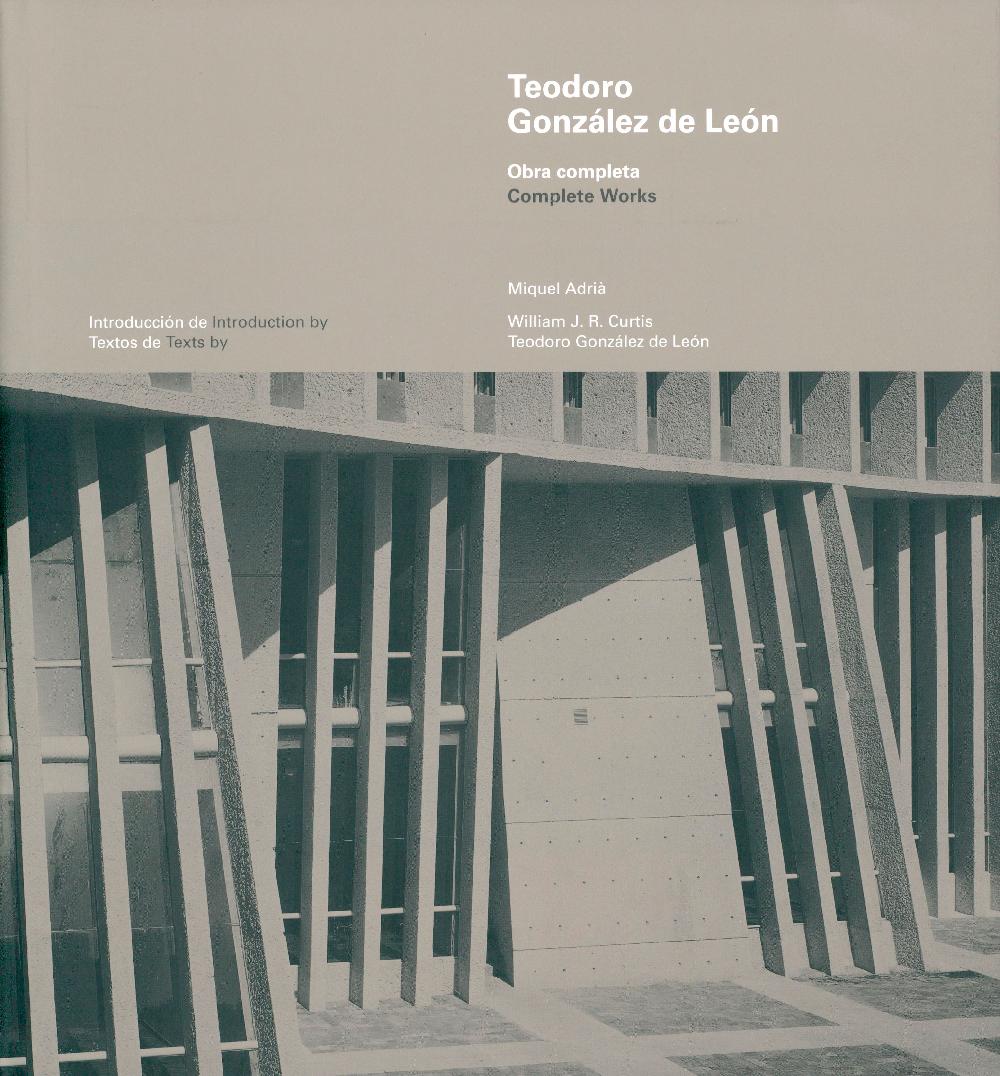 The story of Mexican architecture in the second half of the twentieth century cannot be told without the work of Teodoro Gonzalez de Leon. His banks, civic buildings, museums and office complexes have contributed to defining the urban texture of a large part of Mexico: the product of a conception of monumentality in which modernity and timelessness seem to coexist.

Architect, urbanist, painter and sculptor, Gonzalez de Leon is also a tireless promoter of architecture understood as a cultural phenomenon. The publication of the complete works of Teodoro Gonzalez de Leon makes it possible to take in a single glance more than fifty years of militant commitment to the discipline. Some of the architect's occasional writings have been inserted into the book, like his own urban icons throughout the city, to illustrate the constant dialectic between work and reflection. The conceptual and constructive rigor of Teodoro Gonzalez de Leon has made possible a forceful and original body of work, monumental, unique, at once Mexican and universal. His works are conceived as assemblages, possessing a singular logic and reality: each one is a paragraph, a chapter in a story, in a method that describes how to make and to understand architecture.