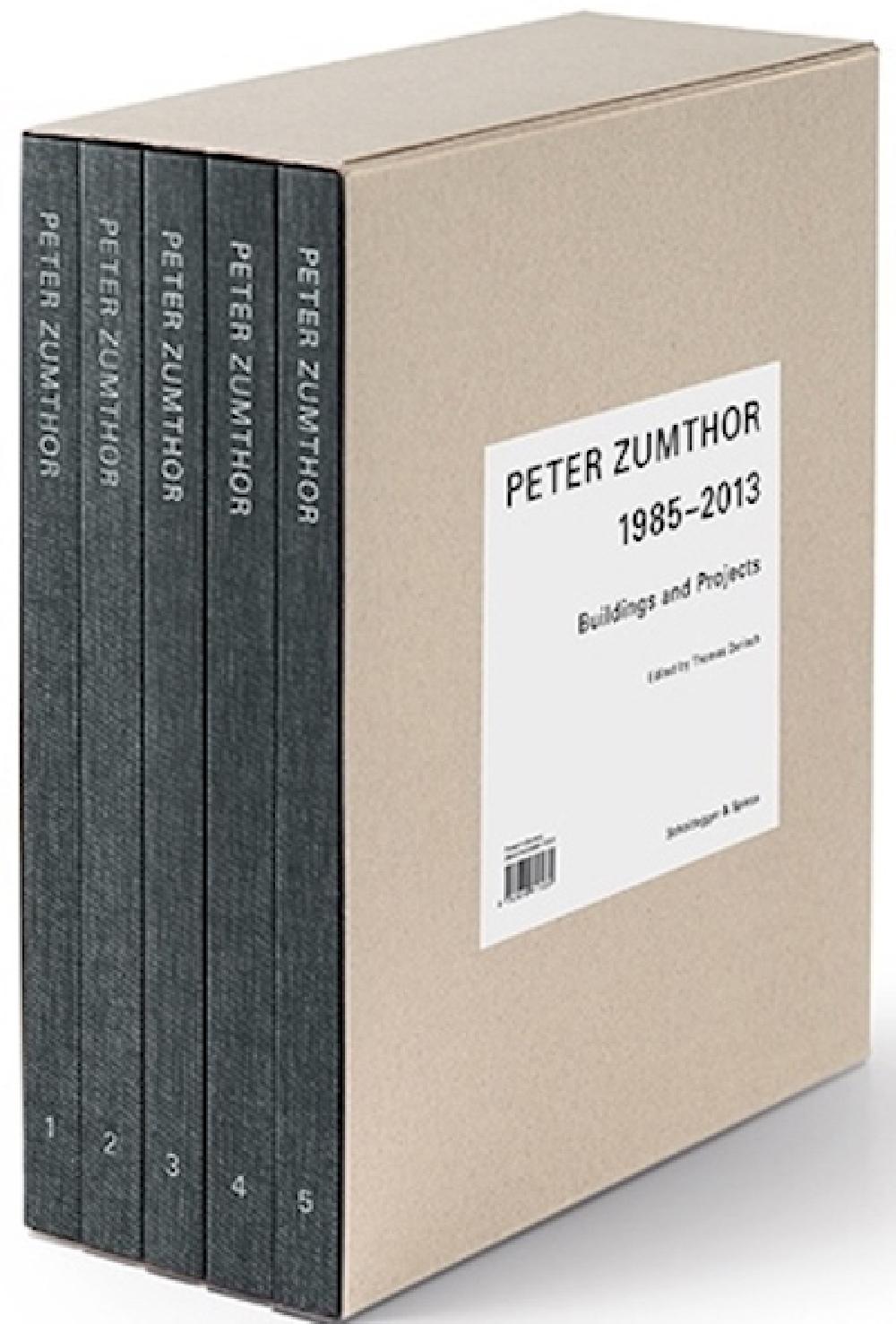 Unquestionably one of the most influential and revered contemporary architects, Peter Zumthor has approached his work with a singular clarity of vision and a strong sense of his own philosophy, both of which have earned him the admiration of his peers and the world at large.

Choosing to only take on a few projects at a time and keep his studio small, Zumthor has produced a comparatively few number of realized buildings, but they rank among the world's most stunning: St. Benedict's Chapel in Sumvitg, Switzerland; Therme Vals in Vals, Switzerland; Kunsthaus Bregenz in Bregenz, Austria; and the Kolumba Art Museum in Cologne, Germany number among his most famous buildings.

This collection, however, explores his entire body of award-winning work from 1986 to 2012 in five volumes, including his lesser-known but nonetheless critically acclaimed works such as the Field Chapel for Brother Klaus near Mechernich, Germany, and the Steilneset. Memorial for the Victims of the Witch Trials in Vardø, Norway.

Peter Zumthor presents around forty of his projects, both realized and unrealized, through Zumthor's own writing, and with photographs, sketches, drawings, and plans. A complete catalog of his works starting in 1979 rounds out the book. Richly illustrated and beautifully designed, this book serves as both an introduction to Zumthor's work and philosophy for the layperson and a required addition to any architect's library.