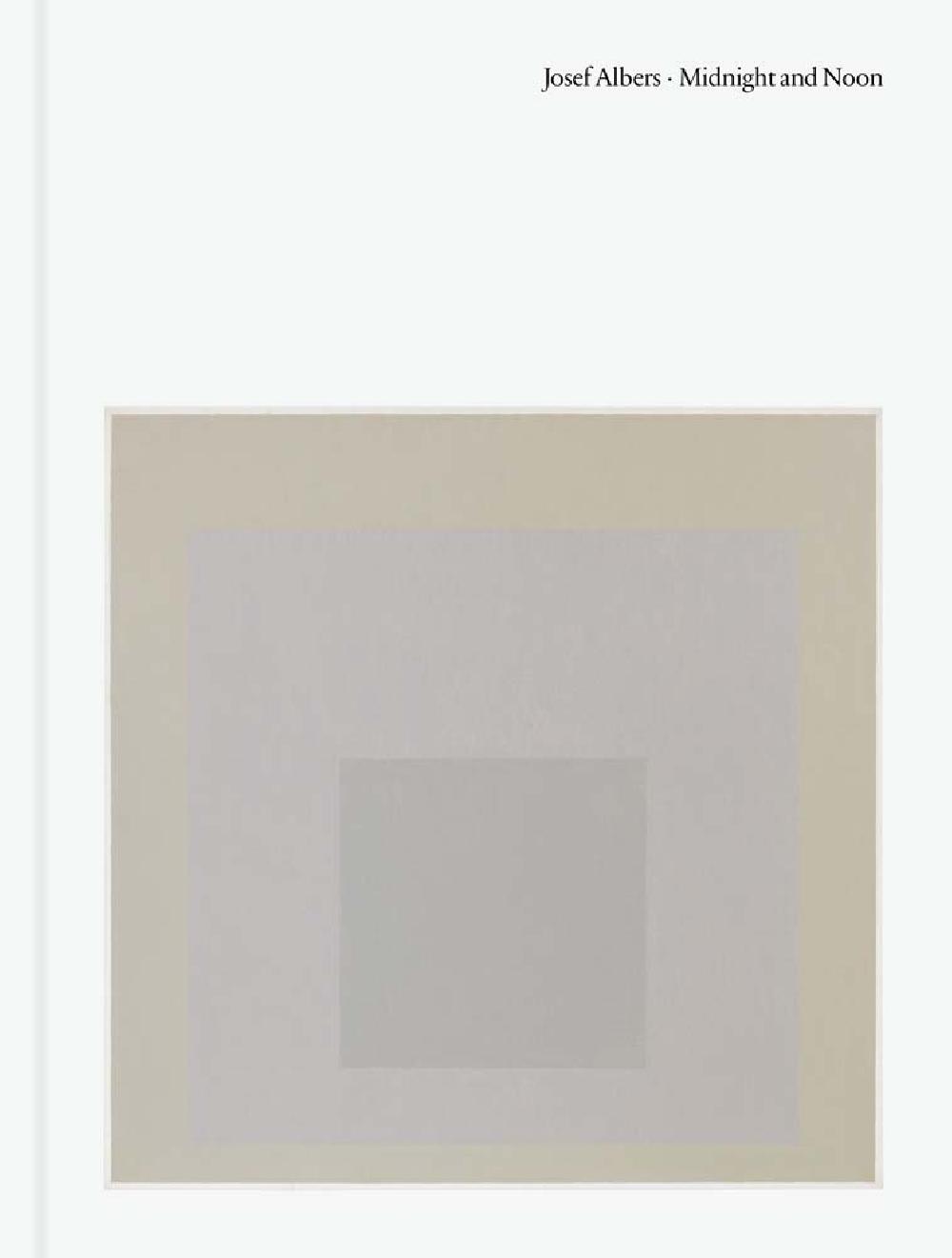 Using minimal means?paint straight from the tube, applied meticulously with a palette knife?and a focused selection of colors, Josef Albers? sustained, serial investigation into rhythm, mood and spatial movement is explored in this lavishly produced volume that looks solely at his respective grey and yellow paintings, exploring two distinct color palettes pervasive to his oeuvre.

Highlighting the rich diversity of effects Albers drew from a narrow range of colors, this publication centers around the groundbreaking ?Homage to the Square (A)? (1950), the inaugural painting in the series that would occupy the artist until his death in 1976. The pairing of two palettes?black, white and grey and an array of yellows?stems in part from Albers? 1964 series of lithographs, Midnight and Noon, which brought together these two opposing color sets in a single portfolio. Together they address the limitless possibilities the artist found in color and form in relation to light. The impossible simultaneity of ?midnight? and ?noon? moreover speaks to Albers? transcending of what he called ?factual facts? in favor of the play of perception and illusion possible in art.

Opening with an introduction by Nicholas Fox Weber, Executive Director of The Josef and Anni Albers Foundation, that contextualizes these works and their color palettes, this volume also includes Albers? own writing on Homage to the Square. Additionally, Elaine de Kooning?s historic text and Colm Tóibín?s recent writing explore this body of work from different perspectives and time periods. Published on the occasion of exhibitions at David Zwirner?s New York and London galleries in 2016 and 2017, this beautifully illustrated publication looks at one of the most influential abstract painters of the 20th century.