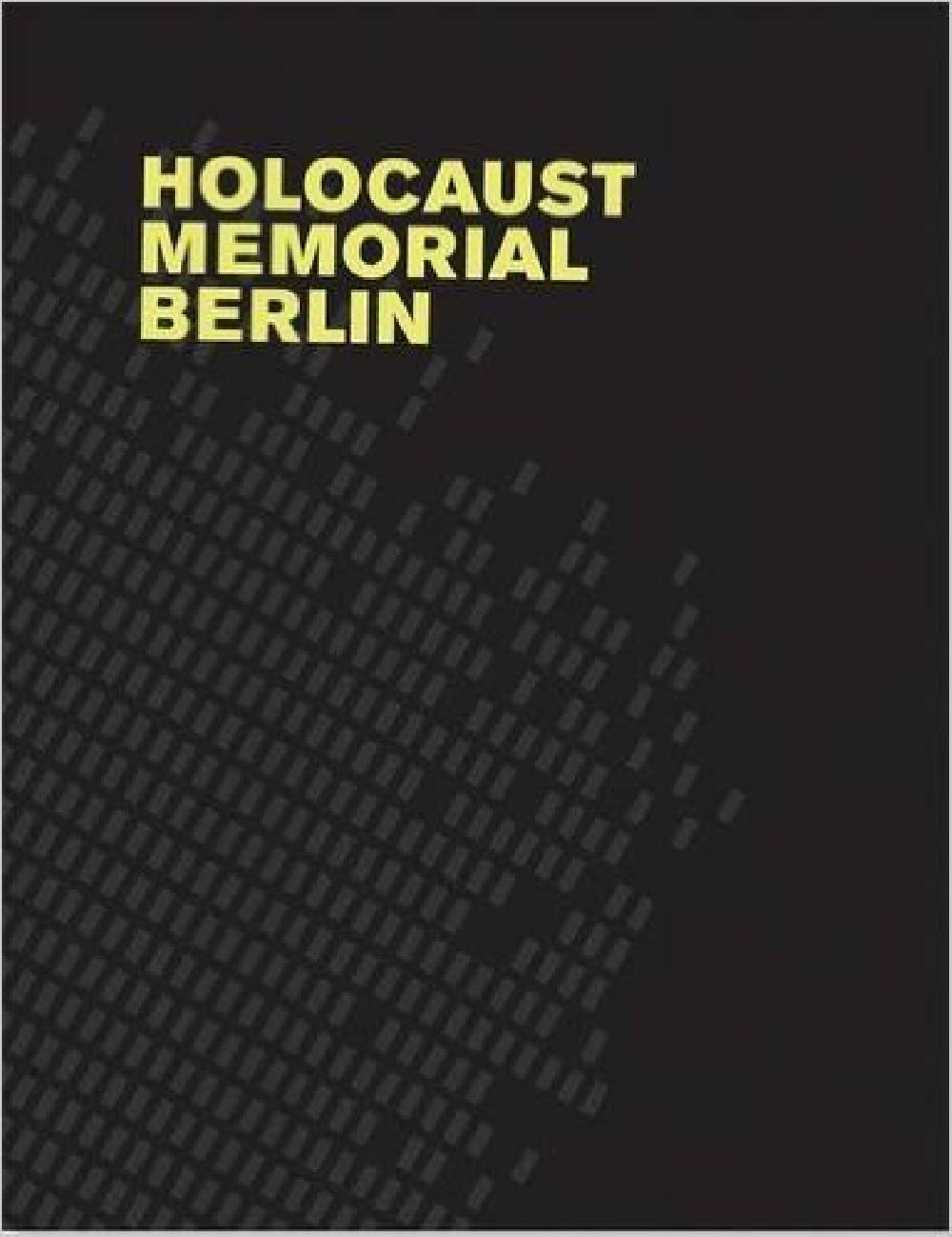 Inescapably controversial, its very existence challenged by German intellectuals like Günter Grass, the Holocaust Memorial Berlin (or, as it's formally known, the Memorial to the Murdered Jews of Europe) is now finished, some 16 years after it was first proposed. Architect Peter Eisenman's design, which filled a four-football-field-size parcel of land in the middle of Berlin with more than 2,700 concrete slabs, or stelae, was itself hotly debated, with some complaining that its abstractness, Eisenman's trademark, made it a monument that evoked no memories. As the debates give way to accounts of the experience of the space, the readers of this book, produced with Eisenman's cooperation, will be able to compare how successfully the architect's conception matches the reality. The intent is that the visitor, who finds himself winding his way through the concrete forest of varying heights, will be struck by how distant the busy city center seems, and how quiet and reflective--but not graveyard-like--the atmosphere is. Since the monument does not have a specific entrance or exit, visitors will be able to choose their own way in and out of the complex. Passing through the rows of slabs that lean almost imperceptibly and stand on seemingly unstable ground, visitors may experience a sensation of insecurity, and while that is mitigated in much of the site where the whole area is in view, at the center the surrounding slabs are 15 feet high. In this, one can sense the work of Richard Serra, who initally collaborated on the project but left when changes were called for. This volume offers a full picture of the process from conceptual and architectural drawings and digital plans to photographs of construction. It holds the narrative of a difficult task, turning ''the place of no meaning,'' as Eisenman once referred to the site in the hopes of dispelling fears that he was trying to symbolize the deaths that took place during the Holocaust, into a confrontation with the past. The enormity and scale of the horror of the Holocaust is such that any attempt to represent it by traditional means is inevitably inadequate . . . Our memorial attempts to present a new idea of memory as distinct from nostalgia . . . We can only know the past today through a manifestation in the present. Peter Eisenman Photographs by Hélène Binet. Essays by Peter Eisenman and Hanno Rauterberg.