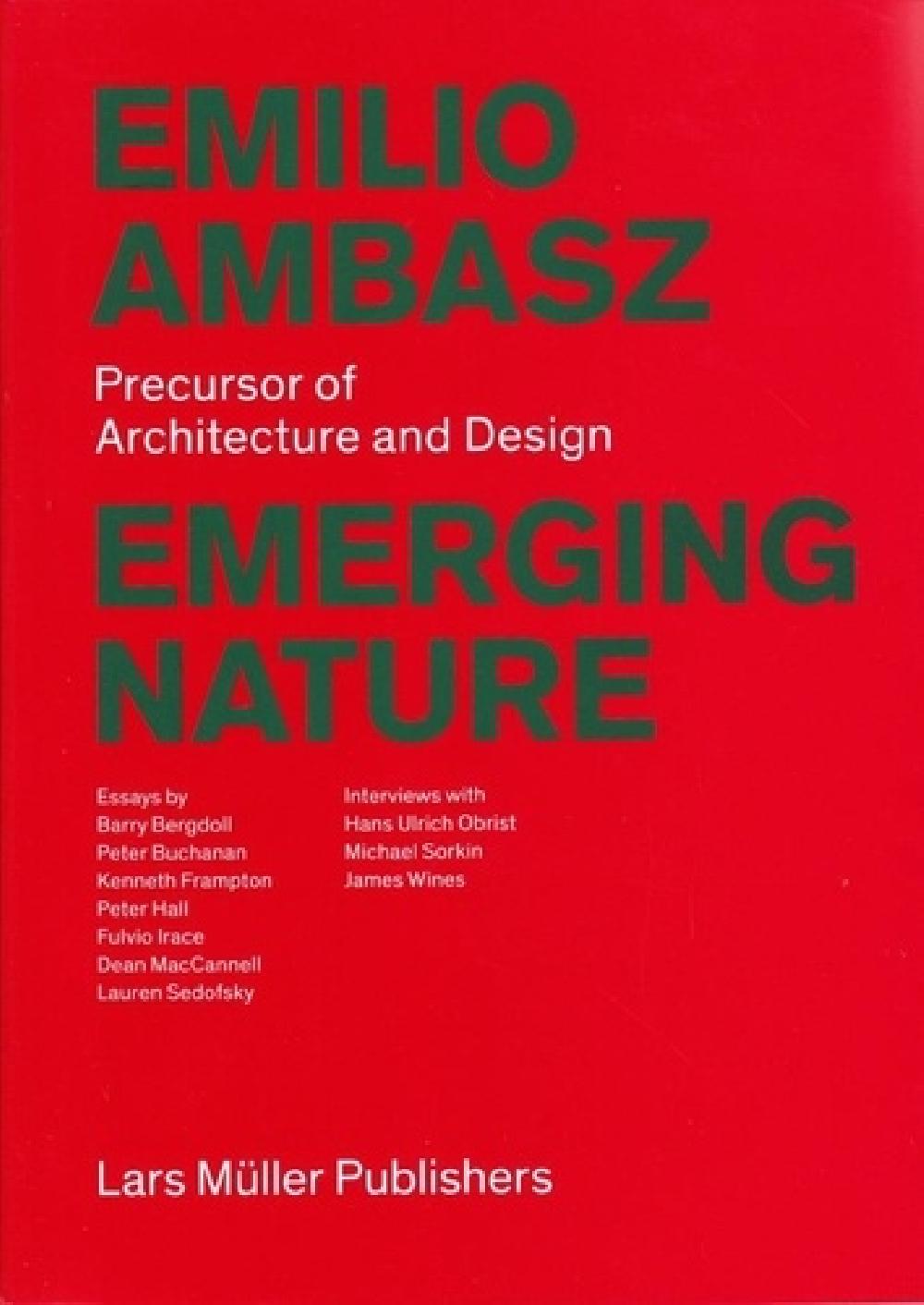 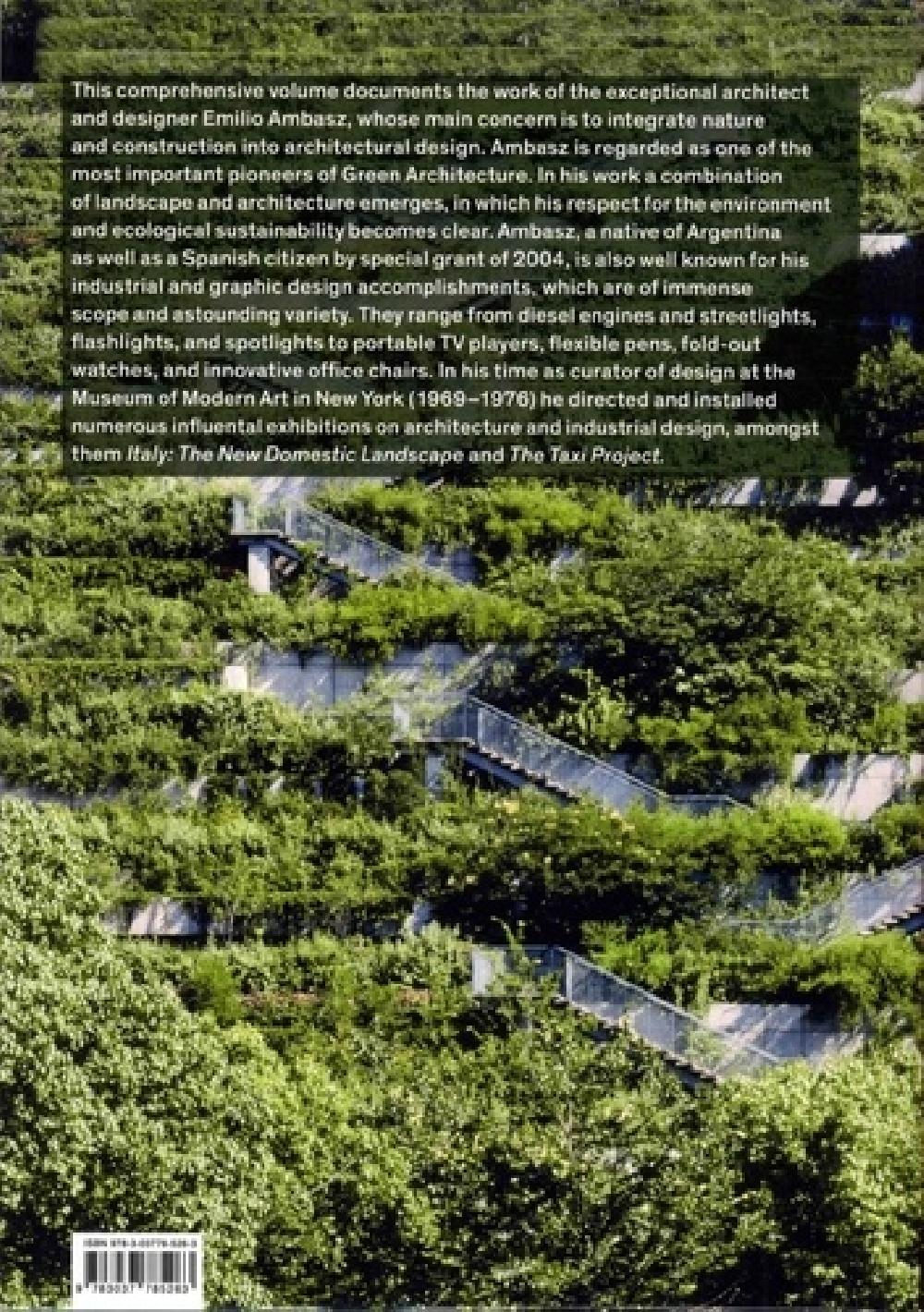 This comprehensive volume documents the work of the exceptional architect s and designer Emilio Ambasz, whose main concern is to integrate nature and construction into architectural design. Ambasz is regarded as one of the most important pioneers of Green Architecture. In his work a combination of landscape and architecture emerges, in which his respect for the environment and ecological sustainability becomes clear.

Ambasz, a native of Argentina as well as a Spanish citizen by special grant of 2004, is also well known for his industrial and graphic design accomplishments, which are of immense scope and astounding variety. They range from diesel engines and streetlights, flashlights, and spotlights to portable TV players, flexible pens, fold-out watches, and innovative office chairs. In his time as curator of design at the Museum of Modern Art in New York (1969-1976) he directed and installed numerous influental exhibitions on architecture and industrial design, amongst them Italy : The New Domestic Landscape and The Taxi Project.