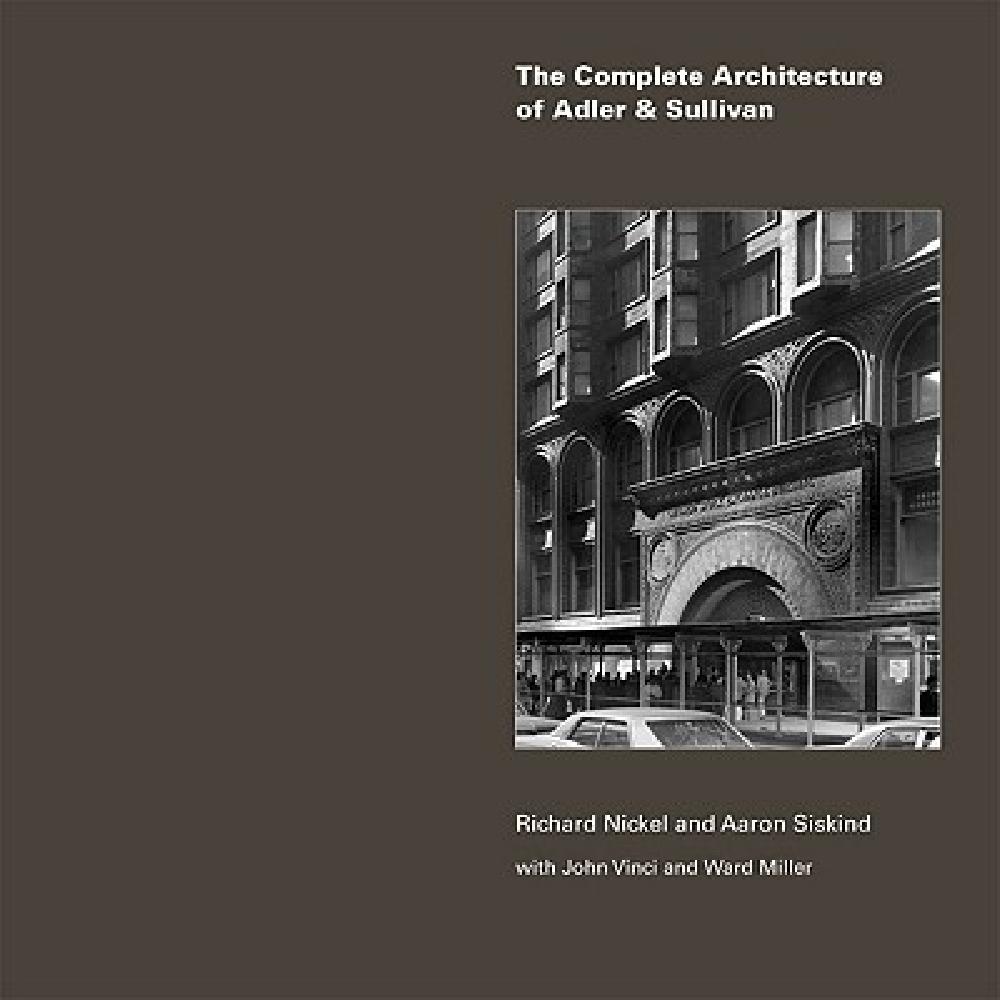 Complete architecture of Adler and Sullivan

Louis Sullivan (1856-1924) was a giant of architecture, the father of architectural modernism, and one of the earliest builders of the skyscraper. Along with Dankmar Adler (1844-1900) he designed many of the buildings that defined nineteenth-century architecture not only in Chicago but in cities across America-and continue to be admired today. Among their iconic designs are the former Chicago Stock Exchange, Chicago's Auditorium Building and Carson Pirie Scott flagship store, the Wainwright Building in St. Louis, and the Guaranty Building in Buffalo. This first-of-its-kind catalogue raisonné of the work of Adler and Sullivan-both as a team and individual architects-is a lavish celebration of the designs of these two seminal architects who paved the way for the modern skylines that continue to inspire city dwellers today.

The quest to pull together a complete catalogue of their work was first undertaken in 1952 by photographer Aaron Siskind and Richard Nickel, one of his graduate students at what is now the Illinois Institute of Technology in Chicago. This intense, decades-long labor of love has resulted in an extensive and unique resource that includes a complete listing of all of the buildings and projects undertaken by Adler and Sullivan. Each listing contains historic photographs, architectural plans (when available), and a description of each project. Alongside over two and hundred fifty essays are eight hundred photographs of their buildings-many of which have since been demolished-including images by Nickel, Siskind, and other noted photographers.

This rich, incomparable reference will be treasured by readers interested in architecture, photography, and Chicago's rich history as an architectural mecca.