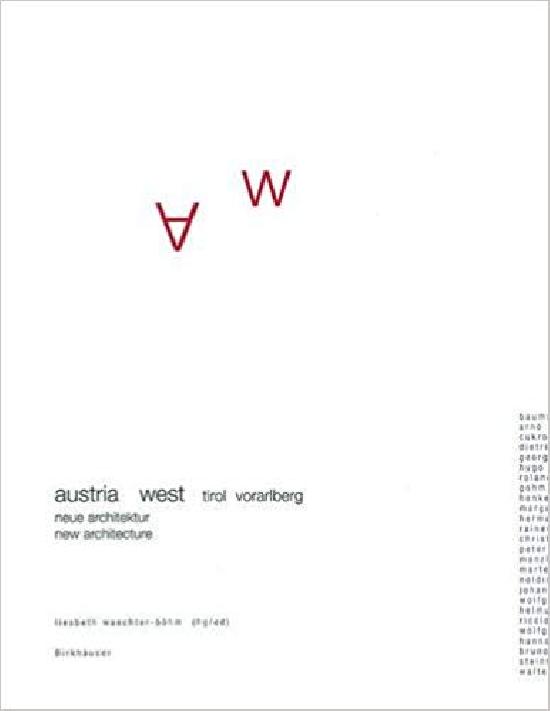 In his introductory essay on building in alpine areas, Otto Kapfinger brings out the common features in the architectural scenes of the two most western federal states in Austria - the Tyrol and Vorarlberg.
At the same time he underlines the regional differences, considering the Rhine valley as opposed to the Inn valley.This book, written to accompany an international travelling exhibition, documents the most important examples of the architecture of the last ten years.
The publication reveals that the architecture in the Austrian region of Vorarlberg is grounded in regional tradition. In recent years it has developed towards industrial building due to the changing social and economic situation.
Tyrolean architecture, on the other hand, is a rather more recent phenomenon but can also be said to have made a significant contribution to contemporary building in its own right.